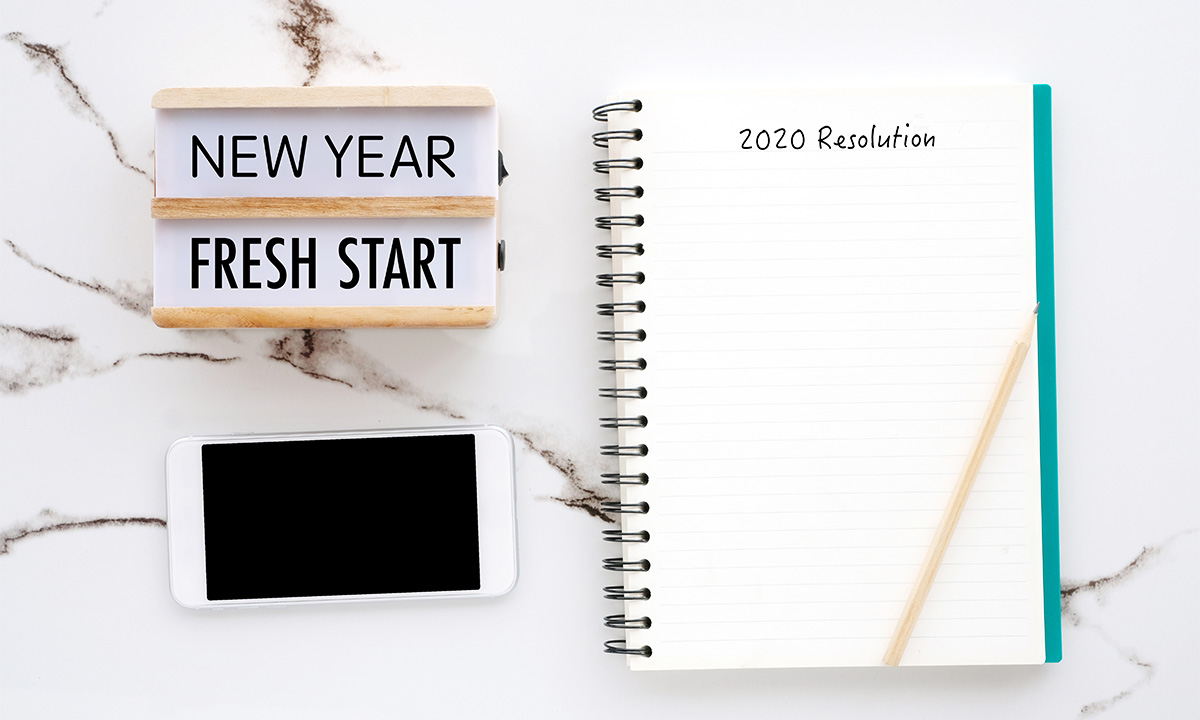 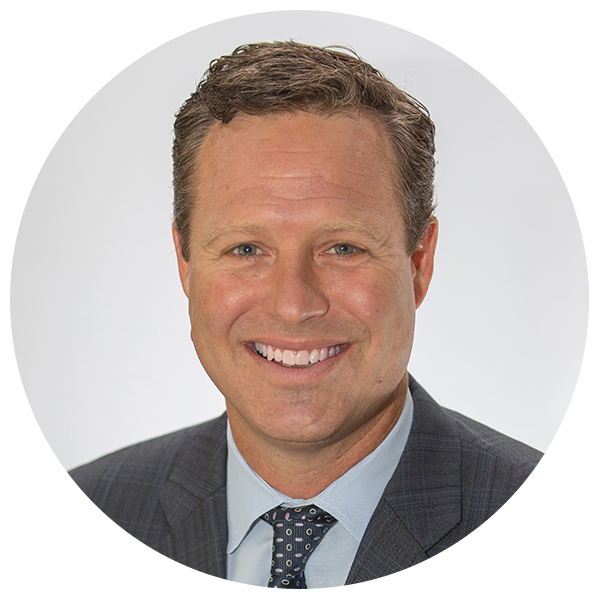 Welcome to the first issue of The Beacon for 2020. Entering the new year provides the opportunity to look at the year ahead and highlight what we want to accomplish.

2020 holds great promise across a number of fronts for service providers of all sizes to elevate their revenue and brand, simplify their network and operations, and accelerate their time to market to delight subscribers. Here are a few examples from your peers who are getting an early jump on their resolutions:

Why are these new year’s resolutions important? We have all seen firsthand how challenging it is for commoditized products, such as electricity and water, to sustain high margins. Customer experience has become the most important means for many brands—from Starbucks to Amazon—to differentiate themselves in today’s data-driven marketplace. This is referred to as “The Experience Economy" by celebrated author B. Joseph Pine II, who explains that companies today must offer experiences–memorable events that engage each customer in an inherently personal way.

Superior operating margins in our industry result from the delivery of an elevated experience. This requires more than just a high-bandwidth service. Many of our leading customers are doing just this by adding meaningful value to everyday connected experiences through new smart phone apps that intuitively manage tasks like network security and parental controls.

In 2020, you are perfectly positioned to lead in this “Experience Economy.” Here’s to a prosperous new year. Continue reading below for more 2020 resolution ideas.

Heading to RTIME? Join Us!

Stop by booth 300 to learn how you can turn the subscriber edge into your Revenue EDGE.  Be sure to catch Dan Bloch, Vice President Global Cloud Solutions Sales, during the Opening General Session on Monday, February 17. 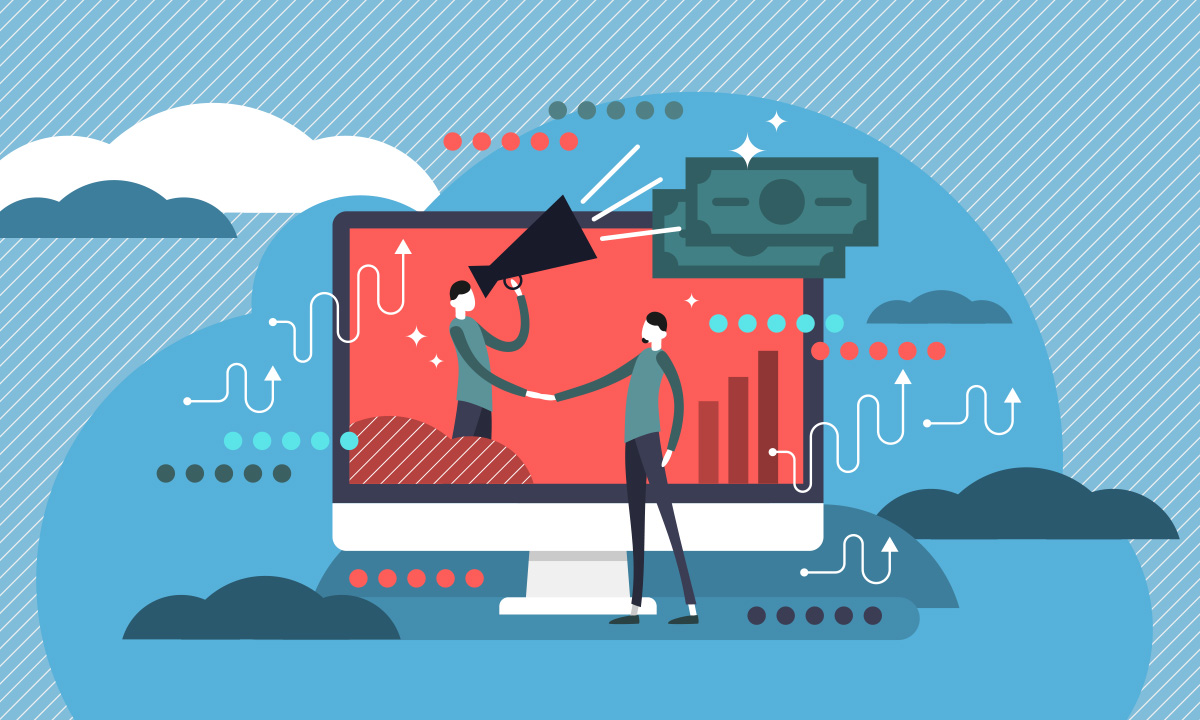 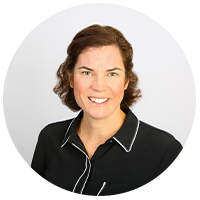 CES has been the premier event for the unveiling of innovative new consumer technologies for the past 50 years. It was a stimulating way to kick off the new year, which promises to be exciting for both Calix and our customers. As we begin 2020, I’d like to inspire you with some inventive campaigns that our customers are taking to market:

I’m looking forward to 2020 and to sharing more compelling stories as our customers continue to embrace their New Year’s resolutions and the Revenue EDGE. 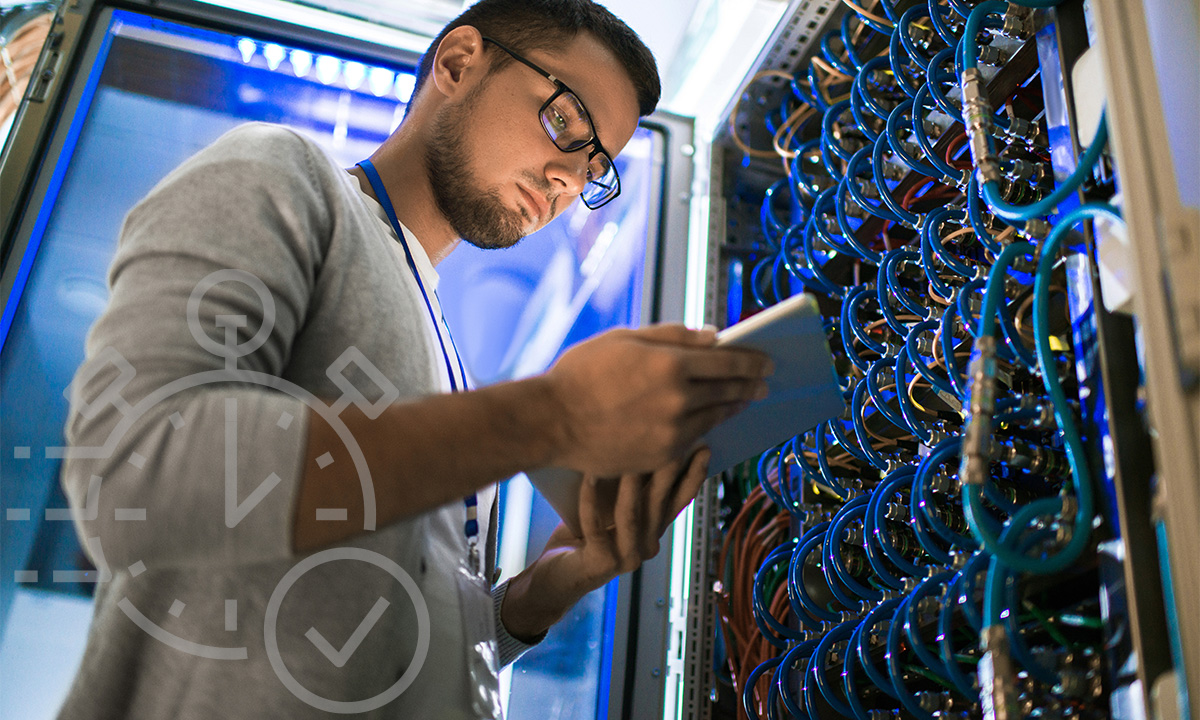 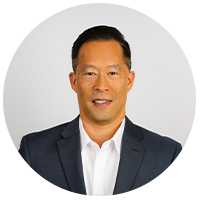 A new year, a new fresh start… absolutely! The time is right. The time is now for you to follow through on that New Year’s resolution to find new ways to simplify and accelerate your operational support system (OSS) integration projects. The opportunity to capitalize on and reap the benefits derived from dramatically accelerated time-to-market and time-to-revenue capabilities is within your reach.

Everyone would agree that networks, and the services delivered by networks, are rapidly changing and continue to become increasingly complex. The challenges include:

OSS is really all about mastering and managing these changes. The complexity of integrating new systems into existing (legacy) OSS/BSS infrastructure is often recognized as a top inhibitor to rapidly deploying new services. In order to deliver service and market agility, a network must be built on a software platform that automates critical functions. This automation results in bringing services to market faster while improving upon operational efficiencies. To navigate these challenging waters, you will need to enable end-to-end OSS automation and flexibility through a software platform that easily integrates with your current OSS. Recognizing the need to help you implement these capabilities in your networks, the Calix AXOS platform is designed to simplify your network operations and dramatically reduce the OSS integration lifecycle.

Service providers like Acentek, who shared their story in this press release, have been able to transform their back office capabilities quickly without disrupting existing subscriber services with AXOS. The combination of AXOS and SMx offers CSPs a powerful end-to-end solution to automate and simplify operational and business support systems. The primary reason for the ease of integration is the abstraction Calix has built into AXOS. The AXOS architecture allows you to capitalize on the benefits of simple and consistent software operations regardless of the physical infrastructure layer. It also allows you to benefit from a level of IT integration speed and operational simplicity that has never been realized before.

So as you begin the new year and are looking for ways to transform your OSS in order to improve your back office integration, simply—Do it once, do it right, and you’ll never have to do it again—with Calix and AXOS. 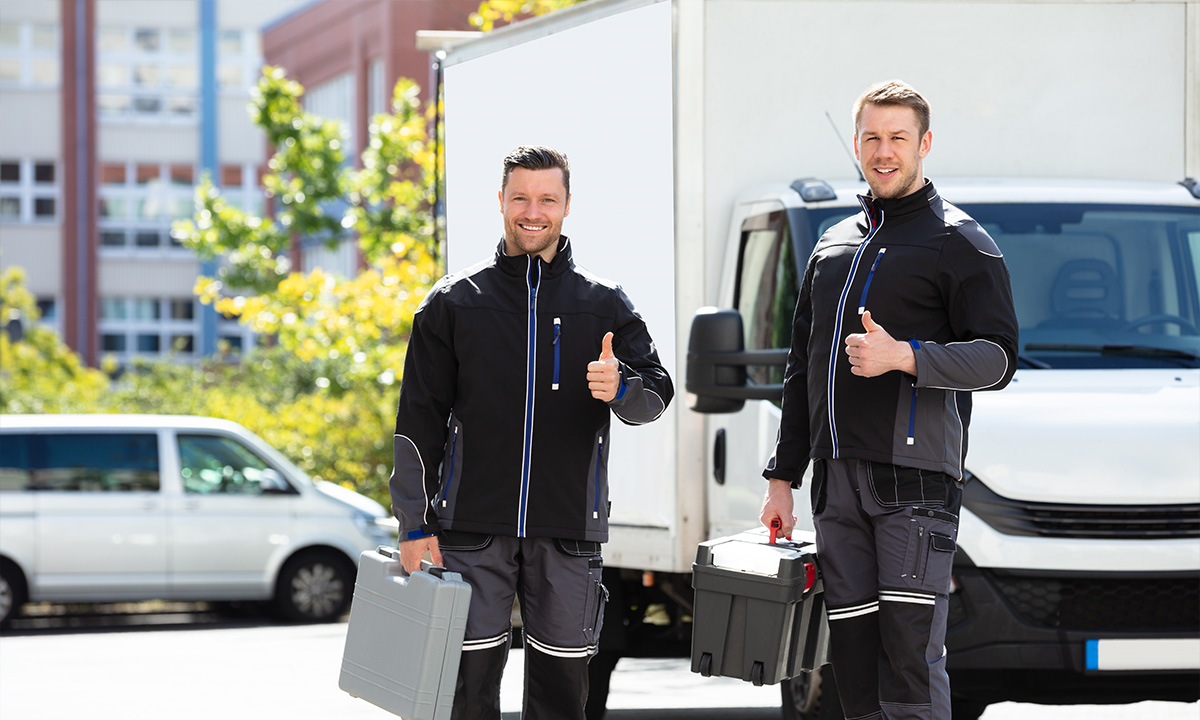 We have all heard horror stories of broadband installations where subscribers endured multiple trips from their service provider for one service or they experienced problems soon after the initial visit. Social media and bulletin boards seem to be riddled with them. Missing the mark on premises installations has an impact on the subscriber experience. A study done by JD Powers on U.S. Telecom in-Home Service Technician performance indicated the importance of getting the job done right the first time; not doing so was cited as a reason for subscriber churn.

Together, we can help service providers technicians with a convenient checklist approach to ensure high-quality installations. In addition, a customized mobile app enables collection of metrics and images such as premises system placement, cable running details, and signal strength and download speeds for both immediate remote quality assessment and to establish an electronic “birth certificate” that can be referenced by customer support on future trouble reports with the subscriber’s service.

Recently, Calix polled service providers on the most common cause for repeat visits on premises installations, whihc you can learn more about in this webinar replay. 40 percent cited installation issues such as improper placement of the managed Wi-Fi system as the primary cause, followed by slow speeds and technicians who were unprepared to complete the project in one trip. Calix Deployment Enablement Services can address these issues to help get installs right the first time by helping service providers:

Deployment Enablement Services are part of the Enablement EDGE portfolio of Professional Services and can help your installation technicians and contractors become more proactive by identifying quality issues that could lead to repeat visits up front before they leave the site.

Learn how Liberty Communications leveraged the EDGE Enablement Workshop to reduce installation times and repeat site visits in this Business Transformation Profile. To find out more, go to the Calix Professional Services web page and schedule a demo. 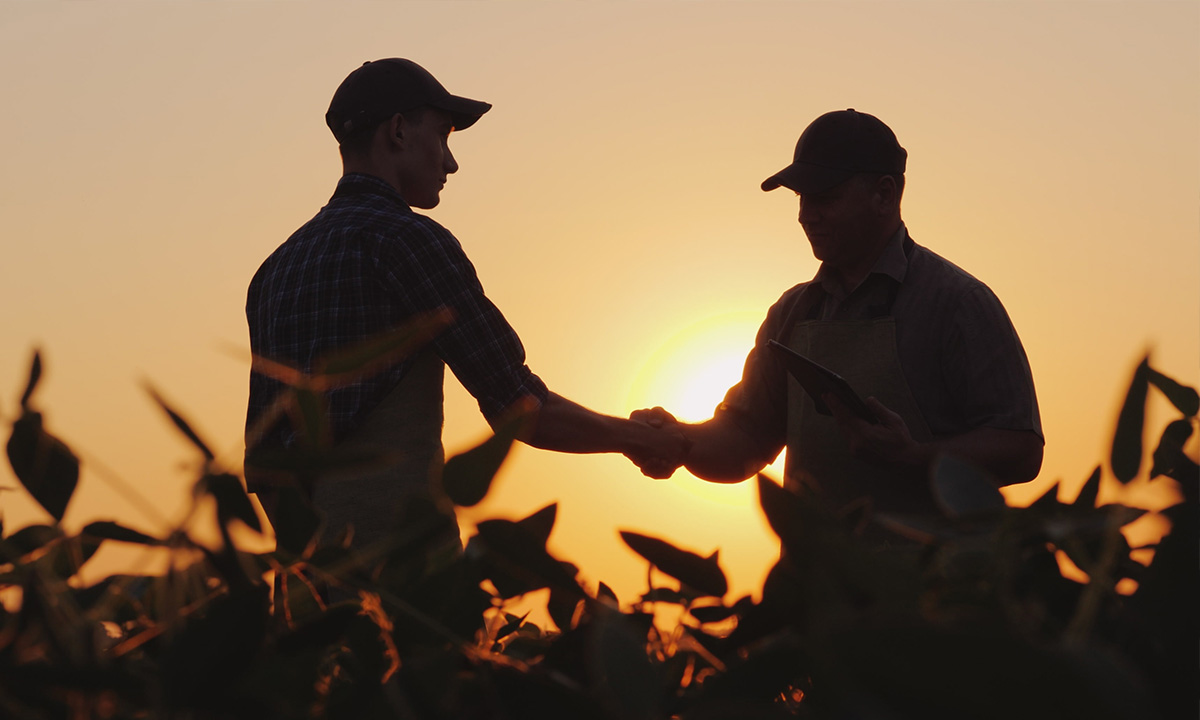 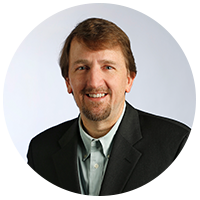 Broadband access in the U.S. has never been better. Groundbreaking FTTH deployments in the first decade of this century can be credited for sparking the availability of Gigabit services many people enjoy today. Yet as we start a new decade, the FCC reports that more than 21 million Americans still lack access to critical broadband services defined as speeds of at least 25 Mbps downstream and 3 Mbps upstream. These speeds pale in comparison to the average U.S. fixed broadband download speed of 130 Mbps (Ookla Speedtest Global Index).

Rural fiber broadband networks are often challenging for large incumbent service providers because the network architectures optimized for urban areas are too costly for rural builds; and the ROI does not meet aggressive investor-owned company expectations.

Calix has been working with rural service providers for nearly two decades and together we’ve learned to be creative, collaborative, and to take the long view. Increasingly, rural service providers are partnering with municipalities and electric cooperatives, leveraging existing infrastructure to reduce costs. Critically, community-based service providers tend to have longer return on investment horizons that allow them to invest in fiber projects for the long-term viability and economic development benefits of the community.

We also team with consulting engineering (CE) firms to support new rural service providers as they design and build broadband networks using a combination of fiber and fixed wireless technologies. Working closely with the CE community allows us to build better solutions and accelerate network deployments.

We have also worked to keep you up-to-speed on all of the latest regulatory developments that will impact your rural broadband builds. There’s plenty more to read and share on the Calix Perspectives pages, including our Regulatory page. I look forward to hearing yours.

In eastern Iowa, Liberty Communications has been delivering Managed Wi-Fi service to subscribers in the West Branch and West Liberty communities since 2018. However, a year into its Managed Wi-Fi service, the team at Liberty noticed they were below the industry average in their mesh penetration rates and began to examine their installation practices.

With the help of the Calix Professional Services EDGE Enablement Workshop, Liberty was able to update its team of technicians on GigaCenter and 804Mesh installation best practices. In addition, the team received the latest insights into GigaSpire installations, which began shortly after the Workshop.

As a result of the EDGE Enablement Workshop, the Liberty team has a newfound confidence with its Managed Wi-Fi installs. The team has improved its ability to sell mesh, properly locate the GigaCenter and GigaSpire systems, and utilize Calix Support Cloud. In addition, Liberty’s Managed Wi-Fi installation times have been cut dramatically and site re-visits are nearly non-existent.

Hear from Liberty’s Plant Operations Manager, Marcus Behnken on the EDGE Enablement Workshop and why he feels Wi-Fi knowledge is so crucial to a service provider’s success in this Calix Customer Video. 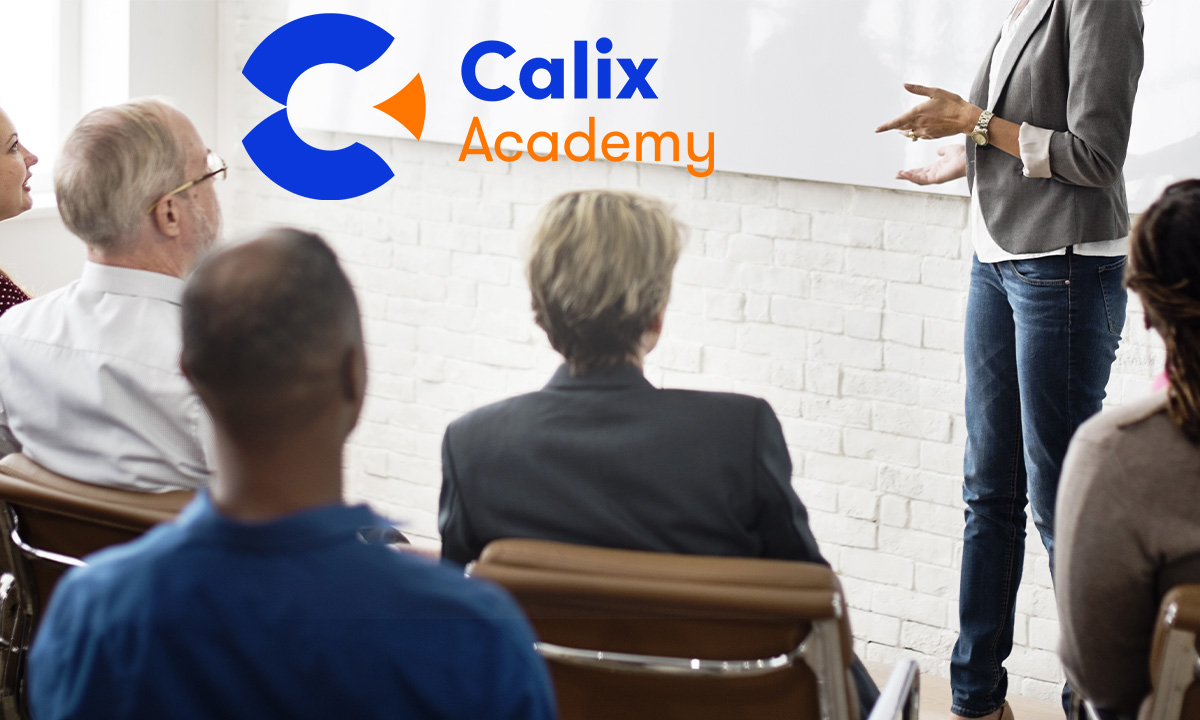 Last month, we introduced the importance of promoting a learning culture in your organization and investing in your most valuable asset–your people. Over the next few months we are going to share many ways you can promote a learning culture.

Do you have a formal onboarding process for new hires or new technology? Do you rely on shadowing or on-the-job training? One of the biggest hurdles for businesses is creating learning materials and curating information from these opportunities for team member training. A good way to get over this hurdle is to look within to your subject matter experts to help organize, and even create, content. There are many tools today to make storytelling or content creation easier. From recording videos directly on your smartphone to more advanced authoring tools, there are multiple ways to share tribal knowledge across your organization.

Calix Education Services can help support your subject matter experts build their skills and help with their career growth. We offer over 50 online courses that are available 24 hours a day on Calix Academy. Early in 2020, we are expanding our Revenue EDGE offerings to include Troubleshooting Common Home Network Issues and updated Home Network Management for Network Ops.

Find the courses to grow your team’s knowledge by going to the Calix Education Services Course Catalog web page or reach out to Training@Calix.com to inquire about custom courses for your team. 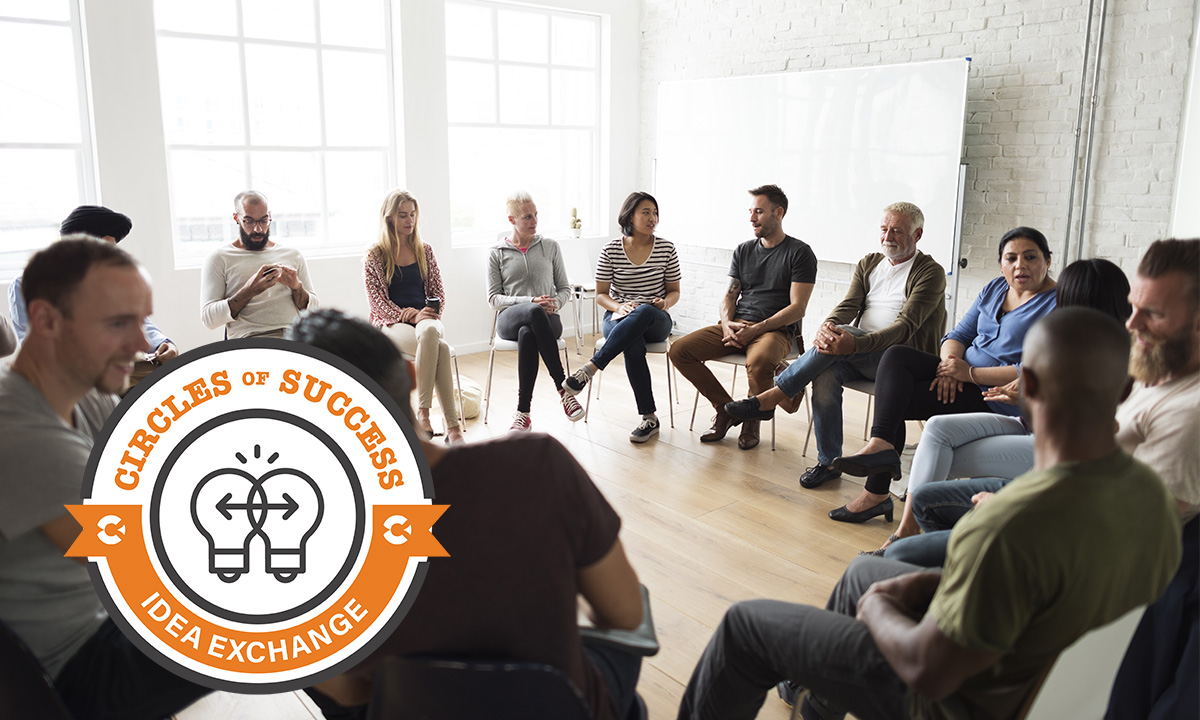 Success for All: Circles Rule!

Sign up for an upcoming Circles of Success!  Circles of Success are small, interactive peer conversations among Calix customers, facilitated by a Calix Customer Success expert, talking about solution adoption, best practices, and user tips. 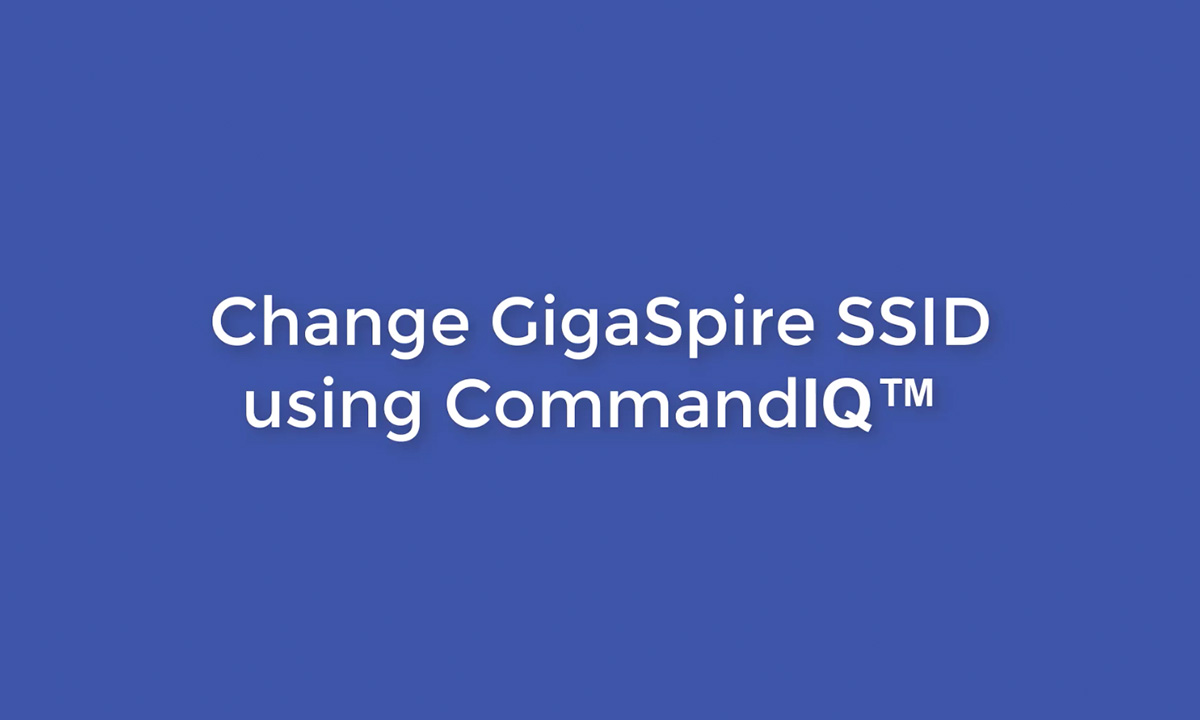 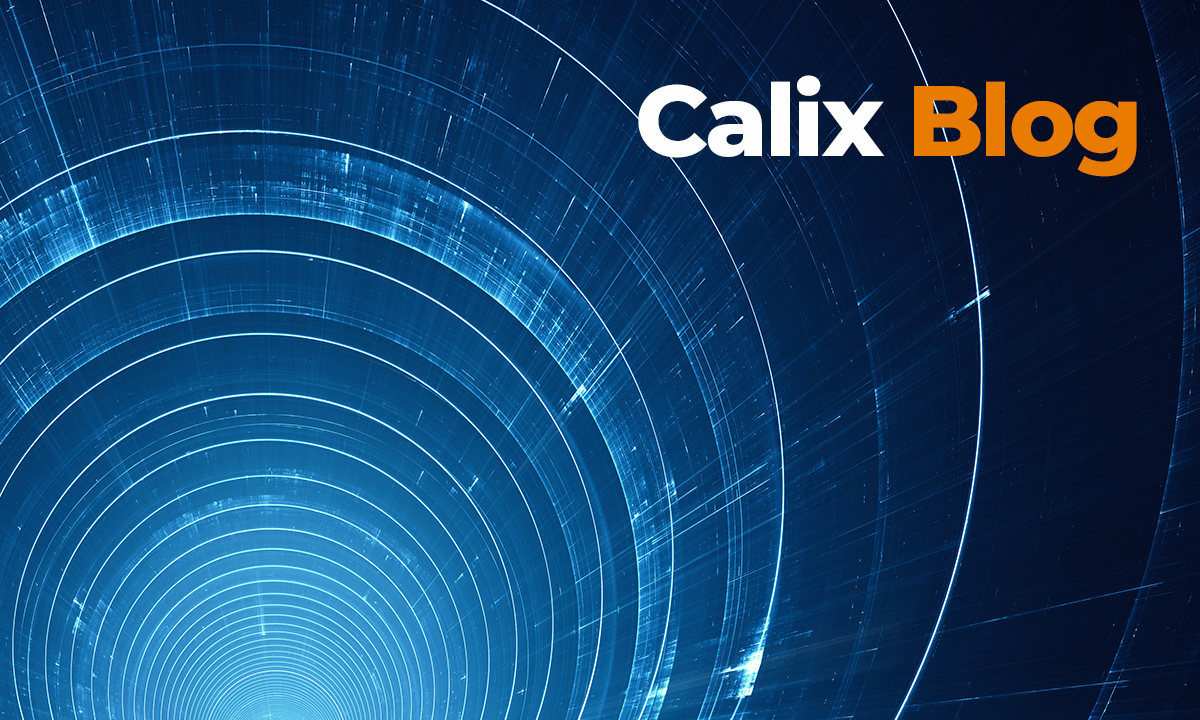 Each month, we highlight the top 5 recent Calix Blog posts to make sure you don't miss out on the latest news and insights from Calix experts and industry guests.

And don't forget to follow us and check out other insightful articles.

Customer Team Member of the Month 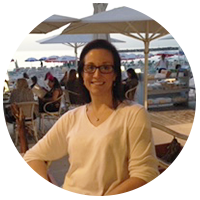 Fun Fact: I enjoy traveling anywhere and experiencing new places and cultures with my husband of 30 years. I am also a huge Arkansas Razorback fan! WPS!

What is the most exciting thing you love about your job?  Dreaming about and creating feature enhancements that will transform the way our customers will support their CSRs and their subscribers.

**Note: Mature Release means the latest production software is current and recommended for use.

*Note: This software is at Early Adoption status with select customers conducting field tests and providing feedback. This program requires Calix pre-approval. If you are interesting in joining an Early Adopter group for a specific software release, please go to the Software Center (below), select the software in question and click the "Request Software" link.

GO TO SOFTWARE CENTER IN MY CALIX (LOGIN REQUIRED)