The Bigger They Are, the Harder They Fall: The Power of Marketing Cloud 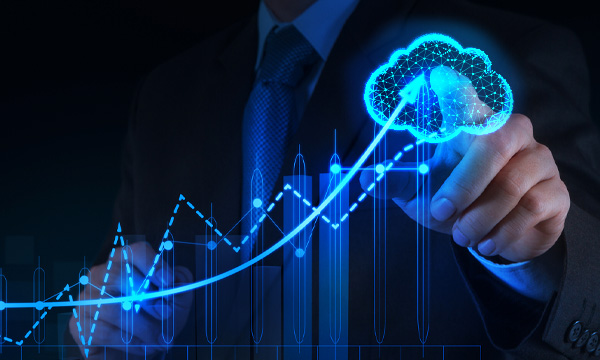 Back in 1997, two entrepreneurs named Reed Hastings and Marc Randolph had a radical idea.

They wondered if it was possible to rent movies by mail.

The 800-pound gorilla in the video rental business was Blockbuster, with over 8,000 stores and 60,000 employees.

The entrepreneurs knew video tapes were too heavy to mail, but an emerging technology called DVDs were slim and light.

As an experiment one morning, they pulled into the nearest record store and bought a CD of Patsy Cline’s greatest hits. Then they walked two doors down to a greeting card company, bought a Happy Birthday card and used the envelope to mail the CD to Randolph’s home.

Amazingly, the CD arrived the very next morning—intact.

With that success, they decided to start a company that would rent and sell DVDs by mail. Using smart marketing and efficient design, they created a website that eliminated pain points and made renting easy—with no late fees.

They named it Netflix.

Beat Them at Their Own Game

As they built Netflix in those early days, they desperately needed additional funding. So they decided to approach Blockbuster.

The CEO of Blockbuster laughed them out of the room.

So the tiny Netflix team—working on folding tables and plastic beach chairs—rolled up their sleeves and decided the only way to survive was to beat Blockbuster at its own game.

A few years later, Blockbuster lost 75 percent of its value, sunk $1 billion in debt and filed for bankruptcy.

Today, Netflix is worth $230 billion.

A small team is capable of remarkable things.

The reason: You now have access to data science that only big corporations had previously.

With today’s Marketing Cloud, you can define an objective and let an automated marketing engine take over.

That means with the click of a button, you can identify potential customers, push that segment into Mailchimp and send targeted email. It gives you the full advantage of targeted ads on Facebook. It helps you define who gets notifications on their mobile phone.

Instant data feedback allows you to provide existing customers with the new services they desire. And all along the way, your staff builds world-class marketing skills because the cloud makes it simple.

This Is Marketing Cloud

In other words, even the smallest service provider can function like you have a full team of data scientists. This is the Marketing Cloud you never knew existed.

And it’s all available to you from Calix.

It’s astounding what a small company can achieve when data is at the heart of your decision making.

It even convinced the CEO of Blockbuster to make at least one profitable decision.

He bought a hefty chunk of Netflix shares.

Want To Transform Your Support Operations? Start by Tracking KPIs

Keeping Kids Safe Is Our Number-One Priority at Anthem Broadband