Come Fly With Me: How To Embrace New Thinking 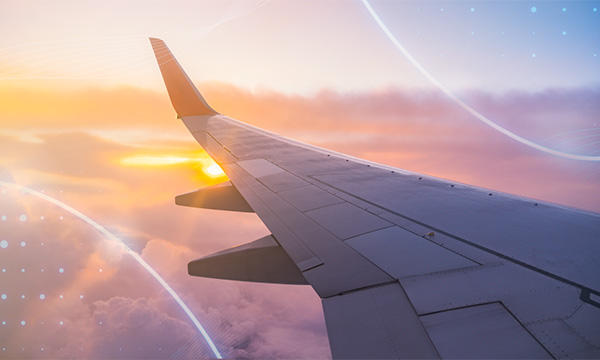 One day soon, we’ll all be spending time in them again. Airports have become mini cities. Over 63,000 people work at Atlanta’s Hartsfield-Jackson airport and over 76,000 work at Heathrow. All of those international airports underwent a huge change after 9/11.

Suddenly, security became a major issue. Now we have to be at the airport at least 90 minutes before domestic flights and three hours before international ones. That prompted a complete redesign of airports.

The Arrival of New Opportunities

Passengers now had a lot of wait-time on their hands, so airports transformed into bustling retail centers. They feature dozens of stores, restaurants, and high-end hotels. Some offer spas and fitness gyms. The Munich airport has its own cinema, mini golf course, and brewery. The Incheon airport in South Korea has a skating rink.

The Departure of Old Thinking

For the first time in aviation history, non-aeronautical revenue has surpassed aeronautical revenue. Meaning, 54 percent of an airport’s revenue comes from retail activity—not plane travel. They are no longer dull, gray, industrial buildings. Airports embraced the new idea of creating an experience.

Embracing new thinking is critical to the growth of your company. One of the most exciting areas is mobile apps. You can now give your customers the ability to easily customize their settings and preferences across devices, applications, and rooms in their homes. While desktop internet usage is falling, mobile is soaring. By embracing mobile applications, you can develop deep, continuous relationships with your customers. The data you get in return gives you insights that reveal even more opportunities. That edge allows you to be the first to provide great, new experiences.

Remarkably, only 20 percent of the world’s population has ever set foot on an airplane. That’s set to double in just a few years. By embracing new thinking, airports are embracing the future.

By embracing new thinking, unlimited opportunities lay on the runway before you, too.

Will You Be a Winner in USDA ReConnect Round 4? 5 Tips To Maximize Your Success

Are You a Great Storyteller? Come to ConneXions and Find Out (and 4 Other Reasons You Should Attend)