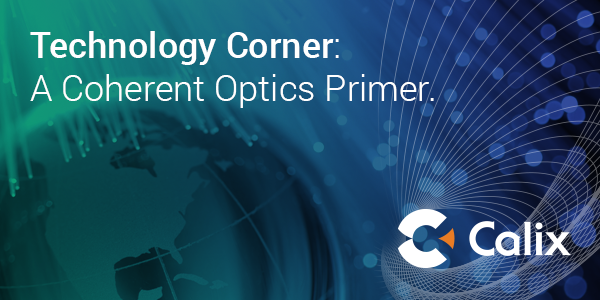 The 2019 OFC Conference has come and gone and as expected, coherent optics feature prominently in the program. While the invention of the erbium doped optical amplifier delayed adoption of coherent optics technology for years, recently coherent optics has been a clear winner for long haul, high speed communications. Coherent optics have not yet made the transition to access networks, but this may be changing.

CableLabs kicked off an initiative in 2017 on coherent optics to support their next generation access technology. They found that coherent optics becomes more cost effective than classical ‘direct detect’ optics when the speed is greater than 100 Gbps for 40 km range. This is largely due to higher speed and lower cost DSP engines that reduce the burden on optics performance and shifts it into the digital domain. Even with these advances coherent optics will not initially be used in the access network connection to the premise, but rather from the head end to the DOCSIS core network.

Next generation high-speed PON standards are now under development by the ITU, supporting speeds up to 50 Gbps per channel that will push the limits of direct detection. Yet even with the DSP advances, coherent technology for the ‘last mile’ is a hard sell due to high cost. That barrier may be overcome using a ‘quasi-coherent’ approach that trades cost reductions for performance.

If you’re looking for more details on coherent optics technology and applications, check out my 3-part blog series. Enjoy!

Keeping Kids Safe Is Our Number-One Priority at Anthem Communications

3 Ways To Gain Greater Visibility Into the Subscriber Experience