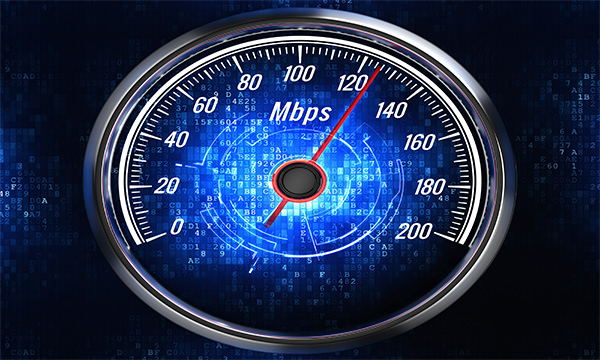 Securing such funding requires compliance with rigorous speed and latency performance standards set out by the Federal Communications Commission (FCC). Applicants must successfully complete this testing or risk losing up to 25 percent of their monthly funding from the program.

Originally published in 2004 by the Broadband Forum, the TR-069 specification simplifies device management. However, it’s not ideal for bulk data collection. According to a technical report released by the Broadband Forum: “CWMP (TR-069) is an undesirable protocol for the collection of this data as it is not efficient or flexible enough to meet the Service Provider's needs.”

If you’re not sure about the amount of data collected for FCC testing, consider these points.

TR-143 is a specification created in 2008, 10 years before CAF or ACAM testing came into the picture. It defines the CPE data model objects for network service providers to initiate performance throughput tests and monitor data on the IP interface of a CPE using the diagnostic mechanism defined in TR-069.

TR-143 has some mechanisms that could possibly be cobbled together to meet the FCC requirements.  Those items include IP ping diagnostics, download diagnostics and upload diagnostics. Three sets of TR-098 and TR-181 objects can be used to initiate a latency test and speed tests.

Takeaway: TR-143 has too many gaps, simply cannot scale, and was not designed for the heavy-duty requirements of FCC performance testing. TR-143 was designed for one off tests, not 60 tests per hour for six hours for seven days.

An Enhanced ACS To Cover the TR-143 Gaps

Around the world, most CPE is managed by TR-069 (more than one billion)—it’s without a doubt the industry standard for remote management and provisioning and a standard Calix is proud to use and support. On average, a TR-069-managed CPE talks to its ACS 1.3 times per day. Periodic Inform is commonly set to every 24 hours; a CPE might get a new IP address or reboot, or the ACS might issue a connection request for something it wants to do right now. All the reasons average out to 1.3 times per day, per CPE.

Takeaway: If you develop an ACS to cover all the shortcomings of TR-143 mentioned above—as Calix has for third- party certified systems—one CPE under FCC performance testing will now have to communicate with the ACS up to 244 times per hour, for six straight hours. That is 1,464 times in six hours, versus 1.3 times in 24 hours, or over a 100,000 percent increase in load for just one CPE. That would be like taking your ACS that was managing 1,000 CPE, and magically adding 1,000,000 CPE to it overnight. Not something we would recommend.

After carefully evaluating the FCC requirements and the TR-069 option, as well as how to scale while overcoming the gaps mentioned above, Calix considered all possible scenarios. Here are the questions we asked:

The simplest way to answer these questions was to partner with the industry standard in speed testing. It checks all the boxes. Working with that partner has allowed Calix to embed a client in our premises solutions that was highly optimized to do speed tests at up to 2.5 Gbps.

Here’s how we did it:

Takeaway: We satisfy all the different speed testing scenarios our customers have been requesting with one elegant solution and partnership.

Nyman’s team and Calix leveraged this reporting and the broadband framework to achieve some impressive results. They were able to:

For the service providers that just could not swap out the deployed systems fast enough to meet the testing deadlines, Calix also supports FCC performance testing with third-party systems and TR-143. However, Calix has some advantages that allow us to support a 100,000 percent load increase. We are fully cloud, SaaS-enabled and have developed an architecture that allows us to scale to meet those demands.

Since Calix first released the solution in Q1 of 2019, we have had two years of live deployments and in fact were in pretesting with 30 percent of the funding eligible service providers in 2020. Additionally, a full year of real-world testing and FCC submissions, plus a prior year of generally available tests with service providers to make sure that load increase was not going to be a problem.

As of today, Calix has conducted more than 50 million performance tests, per FCC requirements, 30 million in the last 5 months. Schedule a consultation to learn more about our FCC Performance Testing Solution.

How We Partner With Calix To Automate, Simplify, and Super-Charge Our Network

Automation Won’t Replace Dynamic Teams, but It Will Take Care of Boring Tasks

Your NTIA BEAD Funding Depends on Your Network—Are You Sure It’s in Peak Condition?

Want To Be the Hero With Zero? It's Easy With These New Calix Automation Capabilities