To achieve our mission, Calix has assembled a world-class executive leadership team and Board of Directors from a variety of successful communications, technology, networking, software, and cloud companies.

Click the headshots below to read the leadership bios. 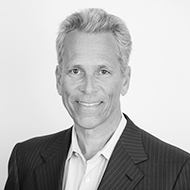 Chairman of the Board and Chief Executive Officer

Chairman of the Board 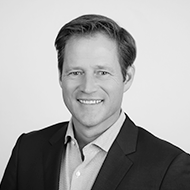 Michael is the president and COO of Calix. Michael is responsible for all operational aspects of Calix, including research and development for our cloud and software platforms as well as the design, manufacturing and distribution of all Calix products and platforms. Michael also leads the field team that guides service providers of all sizes to simplify, excite and grow their business (Marketing, Sales, Support, Services and Customer Success). Michael has over 20 years of experience leading growth, strategy and transformation. He joined Calix from Salesforce.com where he was the senior vice president of Global Customer Success, and also held the role of senior vice president, Japan and Asia-Pacific Customer Success, Services and Alliances. Michael has held executive positions in North America, Europe and Asia. Previously, Michael held leadership roles at Bell Mobility in Canada, where he was vice president of business and consumer sales. Prior, Michael held sales leadership roles at Microsoft, in Canada and London, U.K. Michael holds a Bachelor of Arts in Business Administration, from Brock University supported by ongoing executive education at Queens, Wharton and USC. 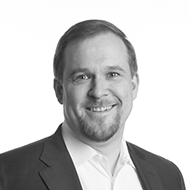 Cory is Chief Financial Officer at Calix, and has an extensive 25-year track record as a senior financial leader working for technology companies. He joined Calix from Violin Memory, where he was Chief Financial Officer. He also previously served as Chief Financial Officer of Ikanos Communications, leading several strategic transactions during his tenure. Cory also held various finance positions at EMC Corporation. Prior, Cory was vice president, corporate controller and principal accounting officer at Legato Systems, Inc., which was acquired by EMC. Cory holds a Bachelor of Science degree in Business Administration with an emphasis in accounting from Georgetown University. 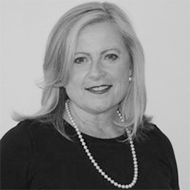 Martha is the executive vice president of our customer engagement and services organization at Calix. The Calix customer engagement and services team is responsible for helping customers successfully use and derive value from their investments in our strategic products and platforms, and includes the global Support, Customer Success, Education and Professional Services teams along with Renewals. Martha has held technology leadership positions at Digital Equipment Corporation, Microsoft and Salesforce during her career. She joined us most recently from Salesforce where her team built the Global Programs, Services and Content Assets for Customer Success, driving adoption for over 200K customers world-wide for Sales, Marketing, and Support cloud products as well as developer tools, and a renewal portfolio over $800M annually. At Microsoft, Martha ran enterprise sales for the majority of her tenure as GM of the business with Verizon, then leading the sales teams for the western US portfolio of telecommunications, media and entertainment companies. Among others her teams covered AT&T, Cisco, T-Mobile, Disney, Newscorp and Viacom, with full P&L responsibility of sell-to and sell-through business. In her last role with Microsoft, Martha built the Telco Partner Channel and Go-to-Market strategy for launching Office365 as part of Value-Added bundles to Small Business customers across all major markets in Latin and South America. She is a graduate of Smith College where she serves on the Presidential Board and is a published scientific author. 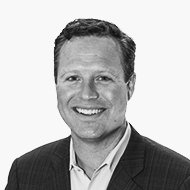 Matt is executive vice president of commercial operations and chief marketing officer (CMO) for Calix. The Calix commercial operations team is responsible for supply chain operations, demand management, commercial strategy and analytics, field operations, and global process transformation. Matt also leads the Calix go-to-market team which is responsible for corporate, field, and product marketing, as well as partner operations and business development. Over the course of his career, Matt has built and led marketing and strategy teams at Dun & Bradstreet (D&B), IBM, McKinsey, and Merck. At D&B Matt was SVP of global marketing and go-to-market strategy. Prior to joining D&B, he spent over a decade at IBM in senior marketing and strategy roles across IBM’s software, hardware and services businesses. While at IBM Matt also led several cross-company “Smarter Planet” growth initiatives and helped build the chief analytics officer function. While at McKinsey, he worked with many of the firm’s leading global clients to help them transform their go-to-market and operations strategies. Matt received his MBA from Harvard University and has a B.A. from Dartmouth College. 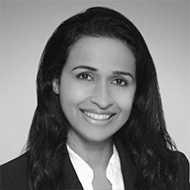 Parul Kapoor leads the global Talent & Culture team, and operations supporting the company’s 800+ employees around the world. Parul joins us with a solid track record of developing and leading human resource programs at Cadence Design Systems where she was most recently the Human Resource Vice President for Global R&D, IT, and Marketing and Business Development. Parul had several roles during her 12 year stay at Cadence where she oversaw rapid growth, transformation and scaling processes, and prior she was an HR business partner for Sales at Google in India. Parul has a BS in Biology from the University of Delhi and an MBA from the Symbiosis Centre for Management and Human Resource Development in Pune. 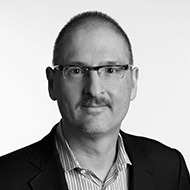 Shane is the Executive Vice President of Products at Calix. In this role Shane is responsible for all of Calix’s products – Access, Premises, Cloud and Ecosystem and leads the teams responsible for Product Strategy, Product Management, Engineering, Cloud Operations and Technology. He has more than 30 years of experience creating cloud, software and networking innovation. Prior to joining Calix, Shane was the Group Vice President of the Advanced Broadband Solutions (ABS) business unit at CommScope, responsible for their edge, access and CPE products. Earlier in his career, Shane was EVP of Marketing and Business Development for Alloptic where he was the corporate officer responsible for all product and commercial operations. Shane previously held several key executive management positions in marketing, product management, business development and engineering at such industry leaders as Corrigent Systems, Alcatel-Lucent, and Telus. Shane holds a B.Sc. in Electrical Engineering from the University of Alberta. 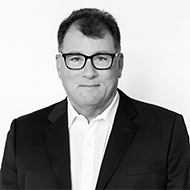 Doug is executive vice president and general counsel at Calix, where he is responsible for driving our legal strategy and enabling our next generation of legal leaders. He is passionate about building and leading high-performing and inclusive teams, with 30 years of experience successfully leading legal and other critical functions, including corporate development, data protection & privacy, ethics & human rights, government affairs and legal operations. Prior to joining Calix, Doug served as general counsel and secretary at Vectra AI, Inc., Sourcefire, Inc. (FIRE) and webMethods, Inc. (WEBM), and held senior legal positions at Cisco Systems, Inc. (CSCO) and America Online, Inc. (AOL). Doug started his legal career practicing law with several leading law firms in the Washington Metropolitan Area, specializing in corporate and technology transactions. Doug received his bachelor’s degree in Economics and International Relations from Stanford University and his law degree from the University of Notre Dame Law School. 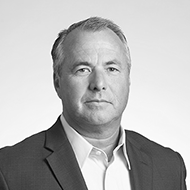 Mark is the executive vice president of global sales for Calix and has 30 years of experience in the communications service provider industry. Mark is responsible for all sales activities at Calix leading a team working to transform our customers business and services models. Before joining Calix, Mark held a variety of executive sales, marketing, and business development roles at Nortel. Mark previously held various senior engineering and management positions in the communications industry. Mark has a BSEE from Purdue University. 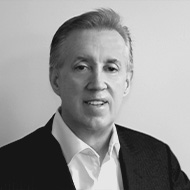 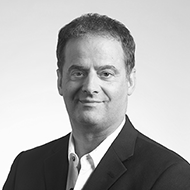 Michel is responsible for R&D strategy, product development, engineering processes, product quality, and R&D strategic partnerships. He has more than 32 years of experience in networking technologies, large-scale software development, engineering management, and methodologies. Before joining Calix, Michel was Senior Vice President, Junos software at Juniper Networks. Prior to Juniper, he served as Senior Vice President, Network Software and System Technology Group (NSSTG) responsible for the IOS software/platform at Cisco Systems. Michel has a BSEE from the Université de Sherbrooke in Quebec, Canada.

Calix is an equal opportunity workplace.

Equal Employment Opportunity
Board of Directors